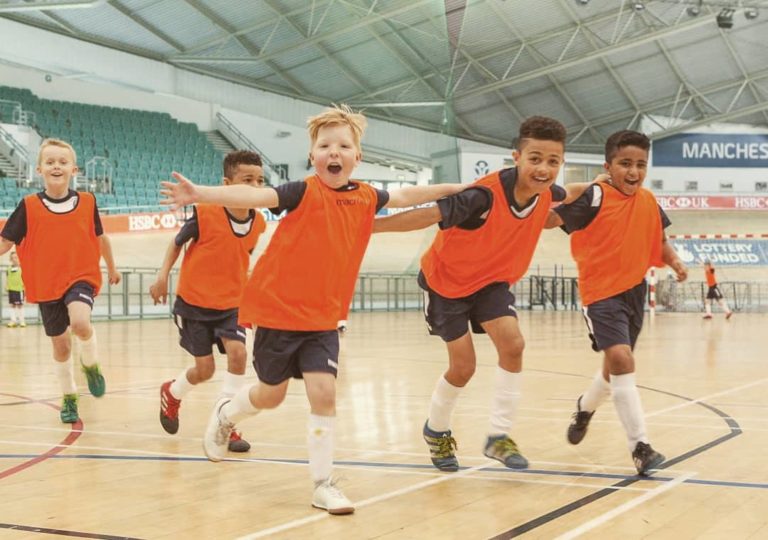 Futsal Insights by Doug Reed – Creating an Environment For Success

It was one of the biggest games of their season and they had lost. The coach was furious. He had been screaming at his players, not to mention the referees, throughout the game. Now he was giving his players a dressing down after the final whistle.

No player dared respond, the coach was the authority, instead they were slumped, shoulders hunched over and their heads hanging in shame. Maybe the coach thought they had been too fragile and this would toughen them up, or at least establish those that could handle the pressure and those that just would never be good enough. It was a day to forget for this team of under 10s.

This was a real situation I encountered at a youth tournament a few years ago. I was saddened by the fact this game that should be bringing joy to those players’ lives and providing amazing memories, as it has for me, was being exploited and having the opposite effect. As youth futsal grows, witnessing similar situations is becoming more common.

This coaching approach is based on two misguided beliefs. The first is that the youth coach’s primary role is developing players’ abilities. This is a key objective, but it certainly isn’t the most important. The fundamental responsibility of a youth coach is to provide a positive experience with the outcome that it increases the players’ love of the game.

“Never be a child’s last coach” is a phrase used by USA Volleyball’s John Kessel and he recommends one way of evaluating your coaching should be seeing how many kids play that sport again the following season. I would question any youth coach who disregards prioritising players’ enjoyment, is it more of a success to develop a player who goes on to be a professional or a person that grows a love for the game that results in futsal being a sustained positive element throughout their life?

Maybe you inspire them to become a coach themselves, having a multiplier effect on the people able to enjoy the game. At best, 99% of the players you coach won’t have a professional playing career so why focus on catering for the 1%?

Fun is the essence of futsal’s existence. Sports are about play, they are games. They became popular long before they offered careers, solely for the intrinsic pleasure they deliver. Fun is maximised when there is intrinsic motivation to do an activity for the pleasure it provides in itself and you are so engrossed, you become lost in the moment. 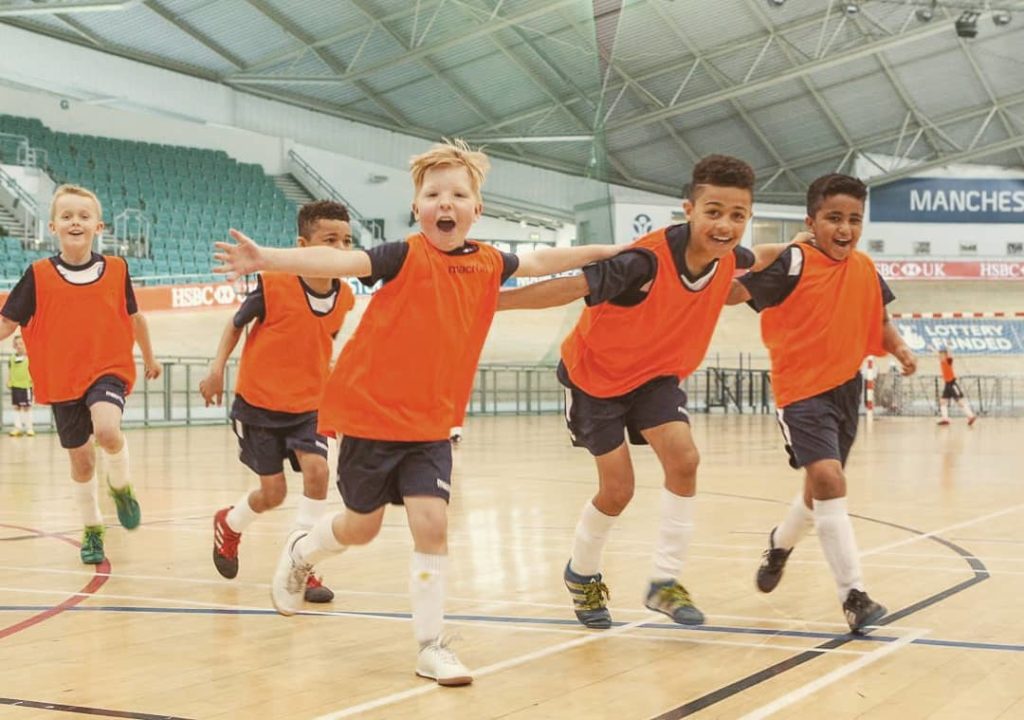 Becoming a professional is often way back on the reasons why children want to participate but this focus on reaching the top can be imposed early on youngsters by the adults that surround them. Children should be allowed to arrive at their own ambition to reach the professional ranks because they want a life doing what they enjoy rather than to meet the wishes of others. Pure enjoyment in an activity is impossible when it is all about a future outcome fueled by a desire to please others.

Ignoring this first reason to reject this joyless and hard-line type of coaching is a second, based on a false belief that serious environments where criticism is delivered harshly rather than constructively are optimal for player development and team performance.

This is a common misconception shared at both youth and elite level. An enjoyable environment makes a player, regardless of age, have increased motivation, confidence and ability to perform at their best and improve. As legendary futsal coach Zego, who helped develop 6-time Best Player of the World Ricardinho, says “The child that leaves training happy, learns.”

To instill fun doesn’t compromise the possibilities of becoming a professional but rather increases the likelihood. You need a passion for a sport to be able to dedicate the time to work on your game required to reach the top. Mia Haam, one of the most successful footballers ever, recognised “To be a great soccer player, you must be in love with the game.”

Many acknowledge that playing in the street with friends is one of the best settings for developing as a player. In the streets there is no coach shouting instructions and verbally scolding errors but there is the characteristics of self-discovery, freedom, fun and fierce competitiveness. The environment coaches create should still be challenging and demanding as these are essential elements for enjoyment as well as helping prepare children to be successful and resilient in their futures, whether in or outside the game.

Whenever I am not performing at my best and feeling frustrated or lacking a bit of confidence, I find refocusing on just enjoying playing, not concerning myself with doing well or avoiding mistakes, to be an effective strategy to quickly get back on track.

Having fun is sometimes viewed as incompatible with possessing a winning mentality. More likely, enjoying what you do helps prevent the stress and pressure of high level competition having a negative impact on performance. Did competing with a smile like Usain Bolt, Ricardinho or Steph Curry help or hinder the incredible success they’ve had? In an article on this subject former England International cricketer Ed Smith wrote “If you’re really serious about winning, I eventually realised, you should adopt an equally serious commitment to play.”

The Culture of Youth Futsal

The professional game in futsal is still niche which means, until now, at youth level there hasn’t been too much pressure and focus forced upon youngsters towards reaching the top. This has resulted in a very positive and welcoming culture created by coaches who are motivated by passion rather than personal career development.

However, as the elite game grows and futsal is increasingly adopted to help youngsters in their aim of becoming professional footballers, it is at risk of being unable to resist the toxic cultures you see in other youth sports where everything is centered around elite success.

An example is the highly competitive world of elite football where we witness cases of children treated like inputs in a mass production conveyor belt and any considered “not up to standard” are swiftly and ruthlessly discarded, being treated as mini professionals rather than developing and fragile individuals. Former Chelsea youth player Zac McEachran, who never reached the professional game, discussed his youth football experience;

“I was at Chelsea from under-8s. It was four times a week, Tuesday, Thursday, Saturday and Sunday, so it takes up your whole weekend. You do love football but sometimes it’s a lot to ask – you’ve got to be dedicated from a young age. I used to cry sometimes because I didn’t want to go training and mum used to have to get me to go. I was so young and I think at the time I just wanted to play with my friends at a local team. Looking back now, I regret that a lot.”

Childhood is a once-in-a-lifetime experience and this period should be treasured. We have the contrast where young footballers are following intense and demanding routines in the pursuit of a dream to follow in the footsteps of their idols, while some of those same idols are wishing they could return to playing the game as children with their mates where the focus was on enjoyment.

Former England International footballer David Bentley looked back on his career and admitted“I loved matchdays, the atmosphere and the buzz, but, looking back, the biggest disappointment was coming out of youth team football. Back then I was with my mates, playing Sunday League, you’re winning together with all your mums and dads, that’s when football is brilliant.”

Current England footballer Danny Rose is supposed to be living the dream but warned “Even though I feel very privileged to play football, it’s not something I would – with the things I’ve experienced within the game – be shouting from the rooftops to recommend to people’s children to be a footballer because there are a lot of things that happen on a day-to-day basis at club football that I wouldn’t wish on anybody. There’s pressure, there’s politics – there’s loads of things.”

I had a fantastic time as a professional in futsal, but my fondest memories of playing are still of kick-abouts and matches with my friends when I was a child. Many people assume the only difference between being a professional player and playing with your mates is you’re being paid to do it. The truth is quite different.

Professional sport is like most work environments where there are politics, pressures, obligations, constant evaluation, repetitive routines, sacrifices, selfishness and egos that all need to be navigated. One of my former teammates was looking forward to his retirement and, in response to my inability to comprehend this, cautioned “One day you will feel like me”. I found that a very depressing thought and if I do ever stop enjoying playing, I would have no issue turing my attentions to something else.

I think my continued enthusiasm for the game is due to my motivation coming from enjoying the process of improving and learning. This is only achievable if you give 100% all the time and, as long as you do this, you can’t fail. This mentality encourages embracing challenging situations as they are perceived as an opportunity to grow, something positive to search out. I also believe this is key to any success I have had and any contribution I’ve made to the titles I’ve won.

The Role of Futsal 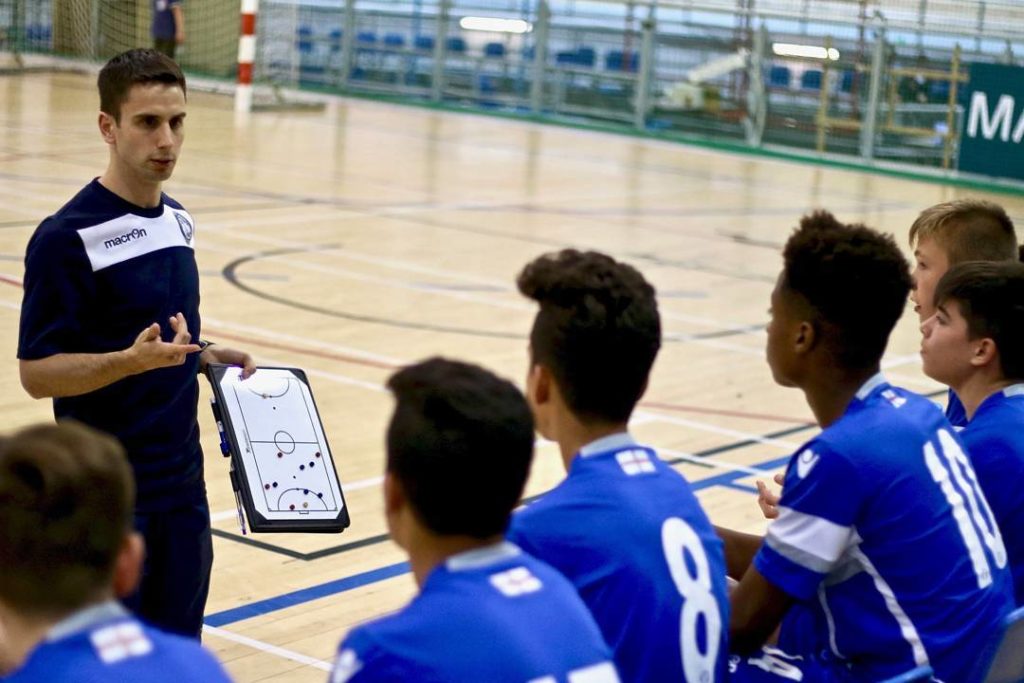 Returning to the objective of developing elite players, wouldn’t we only want this for those under our care if we know they will enjoy that career? Playing professionally is a means to end, to be able to spend a career doing what you love rather than an end goal itself. The best chance of preventing dreams becoming unfulfilling is to create a strong and robust passion for the game, so the people we help develop have the resilience to cope with the setbacks, challenges and difficult periods that are inevitable in any playing career.

As coaches we should facilitate an engaging environment that leaves our players associating futsal with, above everything else, having fun. This is the real inherent quality and value of this wonderful game. Their experience should result in a desire to have futsal as a part of their future whether in the role of player, coach, referee, fan, administrator, advocate or something else and as a coach, that should be considered the ultimate success.

And those lucky few that do make it to the top, will be able to live the dream through possessing an attitude similar to possibly the greatest sportsperson who ever lived, Michael Jordan. The enduring love he developed for his sport was such that he ensured a clause was included in all his professional contracts throughout his career to allow him to play anywhere, anytime.