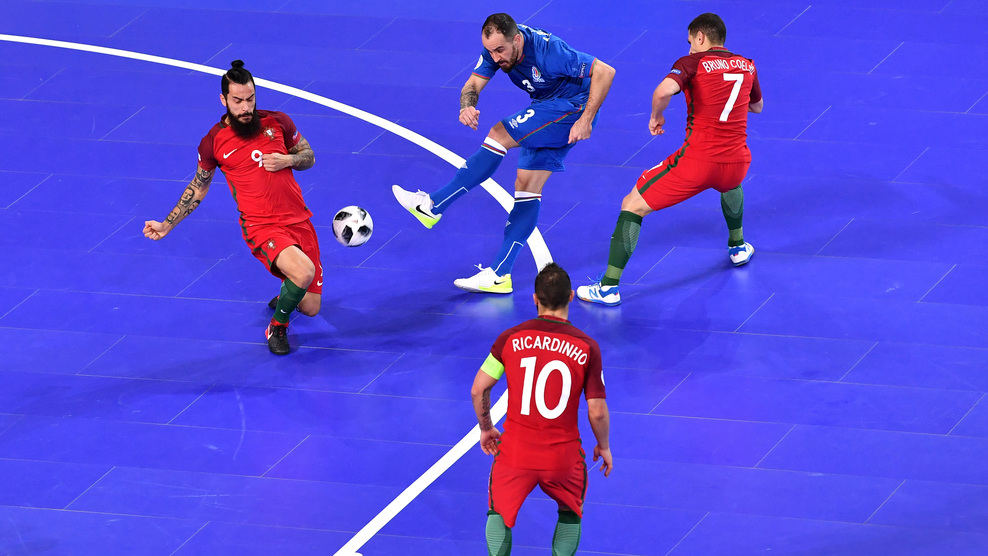 How modern “information” is affecting futsal

Premise: we’re guilty as well. I am, no excuses. We use it, we enjoy it sometimes. Yeah, our ego becomes bigger… bigger, and bigger… till is bigger than our heads and brains.

Yes, our “friends” say we’re right. We’re always right, while our “enemies” are always wrong: unbelievable but true how smart we are.

It’s just a matter of rival troops fighting all the time, reaching one brilliant achievement: we can no longer afford the luxury of an opinion, a real one, everything is filtered by the need to feel appreciated somehow. I’m thinking about this since a while, and there’s no exception if related to futsal “environment” and (consequent) information regarding the sport we adore (or, at least, so do I).

Some time ago I was discussing with our friend and collaborator at Futsalplanet Steve Harris regarding the current source of information in futsal and the price of easy communication. He told me something I could not even try to deny or debate, cause I’m aware it’s pure truth: “When I think back about the ’90s and about exchanging videos and having people send me copies of futsal magazines in the mail, I can say with certainty that we are living in much better times now.”. Fair enough, I agree with it. You won’t believe: he got videotapes from Spain and then copied the stuff for me sending them from Japan to Italy. I used to return the favour with italian, portuguese and some other foreign leagues games when available, with magazines (printed on paper, old times!) and so on. Crazy, if we see this with today eyes. The endless post on Facebook at that time were just utopia, and we used to discuss through the “Futsal English” Yahoo Group, pioneers of a lost era. Nostalgic? No way, not at all. Nothing lasts forever and now we enjoy live games from pages stealing tv channels signals with no rights to do that, but sometimes we don’t care if is good for our needs.

All these things came back to my mind in the past weeks due to two different reasons. First one is social networks role in general, second point is the amount of wrong, inaccurate, uncontrolled and merciless information appeared recently on international futsal media: a mere mirror of what happens with different kind of news and media in our society and life.

Chamath Palihapitiya and Sean Parker. Who are they? Just people who recently (november/december 2017) talked (with a good knowledge on the topic) about social networks and their regrets on the matter.

Extract from the The Guardian (full report: here)

Chamath Palihapitiya, who was vice-president for user growth at Facebook before he left the company in 2011, said: “The short-term, dopamine-driven feedback loops that we have created are destroying how society works. No civil discourse, no cooperation, misinformation, mistruth.”

Extract from the The Guardian (full report: here)

Parker described how in the early days of Facebook people would tell him they weren’t on social media because they valued their real-life interactions.

“I don’t know if I really understood the consequences of what I was saying,” he added, pointing to “unintended consequences” that arise when a network grows to have more than 2 billion users.

“It literally changes your relationship with society, with each other. It probably interferes with productivity in weird ways. God only knows what it’s doing to our children’s brains,” he said.

He explained that when Facebook was being developed the objective was: “How do we consume as much of your time and conscious attention as possible?” It was this mindset that led to the creation of features such as the “like” button that would give users “a little dopamine hit” to encourage them to upload more content.

“It’s a social-validation feedback loop … exactly the kind of thing that a hacker like myself would come up with, because you’re exploiting a vulnerability in human psychology.”

That’s it. What are you thinking now? Well, some of you will realize that probably “The Guardian” staff are not best friends of the Facebook top management. Also, people who became rich working in something, maybe shouldn’t criticize it later (?). Some other will guess they’re just pointing out something which is really happening and affecting people. Opinions, they can be different: choose your own.

Last but not least you will say: so why do you use social networks if you don’t like them? Right and wrong, at the same time. Cause few things are absolutely bad or good, often everyhting depends on the way you manages stuff. “Use” is not always “addiction”, or “wrong way”.

So, now come back to futsal. I can’t remember a darkest period of information in our sport. In few weeks we have experienced the “art of sharing” as a form to exist, losing the (supposed) main purpose of making people aware of what actually happens.

Chapter one: changes of the laws of the game approved (!?)
An “innocent” and quite correct report (click here) by the argentinean media Pasion Futsal turned into the “guilty” for the run to sensationalist titles regarding teh game regulations. Prestigious media claimed FIFA had approved changes to the laws of the game, reporting and discussing on the supposed modifications. I share, you share, he shares. But what about FIFA? Did anybody check with them? We did it and according to Kasra Haghighi in Ljubljana meeting “we had a review workshop and discussed updates and proposals.”. As added by Jaime Yarza FIFA is actually working on possible changes to the laws of the game, but nothing will be officially announced before June/July.
So guys, lots of noise for something not yet existing. Sure, some points will be confirmed or denied later (so you will proudly say “I was right”) but what’s the purpose of announcing as approved something just in the process to be discussed and analyzed? Must be related with that little dopamine hit.

Chapter two: Uruguayan candidature to host the FIFA Futsal Women World Cup
For all the girls doing great in futsal: believe us, we’re sorry to say this. But no, there’s no current hope to have a FIFA Women Futsal World Cup played, in Uruguay or somewhere else. And more, if you talk with some “well-known” name of international futsal he will probably reveal that even the men World Cup was in big danger with Gianni Infantino‘s appointment as FIFA President.
Why are we discussing this? Cause a recent born organization in favour of women futsal like FiPa “reposted” a past year article from Uruguay regarding AUF “willing” to be the hosts of a supposed inaugural Women Futsal World Cup (see full report here). They (FiPa) were surely inspired by good intentions in favour of women futsal, but the result was to have people posting and celebrating the introduction of the FIFA Futsal Women World Cup. A “non-news” as confirmed by FIFA (no plans for such a competition at the moment) and our uruguayan contacts (that AUF “good idea” had no further development at all). It hurts, but that’s the current truth: giving a different version of it won’t help to achieve our dreamed results.

Cecilio, the wrong tribute
On March 3rd we were all shocked by the sudden and tragic death of Movistar Inter’s kit manager Cecilio Rodríguez. His name was probably almost unknown on the international stage, but his face was always there on the madrilenian bench, in (many) triumphs and (few) disappointing defeats. We have seen a lot of good tributes to his memory, especially from his beloved club and players. We know, the information is not there to hide or deny things, but what’s the purpose of posting videos with the last seconds of life of that man on segovian soil? Try to see it through one of his relatives eyes, it will hurt like a kind of intimacy shared with the rest of the world. What for?

So, don’t abandon “easy communication” but don’t pay an higher price. Don’t stop using social networks but let’s do that in the right way. At our best. The “little dopamine hit” will vanish, the accurate information is there to stay and help futsal development.

Let’s focus on what really matters: spur FIFA so that they can announce the host country for the World Cup 2024 at least 4 years (if more than 4, even better!) before the start (and not in October 2018 as will happen for the World Cup 2020). Let’s show to the futsal community that Women Play Futsal FIFA is not just a mere slogan for an abandoned campaign: resume the “unofficial” Women World Futsal Tournament and prove that it can be increased edition after edition, till reaching the right day to announce the FIFA Futsal Women World Cup.

Let’s collect all the best images and videos of Cecilio in his golden and unforgettable time with Movistar Inter so that his family will have one reason more to be proud.

Dont’ waste the chances of the Best Sport On Earth. Not just a slogan but a sweet truth in our opinion. We believe in futsal!